Calling all philosophy, social anthropology, psychology, and social theory lovers out there (or anyone who loves Law and Order, sci-fi, or a good thriller!) I have a show you need to try! From writer Gen Urobuchi, known the cult favorite series Madoka Magica, comes the new anime series Psycho-Pass. If haven’t seen an anime show since Pokémon (I know you still know the theme song) or you are laboring under the misapprehension that anime is all fanservice and giant robots. Watch this series! Urobuchi’s work is infamous for its twists and turns and Psycho-Pass does not disappoint. He not only creates a thrilling story but he also systematically destabilizes the world in which all the action is taking place. What starts out as a seemingly simple police procedural grows exponentially in depth as the series progresses.

Set in an alternative and slightly futuristic Japan society is now governed by a infallible computer system called Sybil. Sybil continually monitors citizens’ mental states creating an open society where other’s inner worlds are made both visible and quantifiable. In this world crime is rare. Our protagonists are part of a small police force that take care of crime before it happens by judging  mentally unstable citizens via the Sybil system. Sound like Minority Report to you? Well, no, it isn’t. Its so much more. The show examines the many different angles of human society and makes a point of confronting the moral and ethical gray areas inherent in any social system. It questions everything from judgement, styles of law enforcement, defining humanity, how social structures impact individual psyche, identity, personal responsibility and even the use of pharmaceuticals. Its a crash course in social theory!

For all you academic nerds out there (me, me, pick me!) philosophical and literary allusions abound. You’ve got Titus Andronicus, Minority Report, The Most Dangerous Game, the Bible, Descartes, Heart of Darkness, philosophical skepticism, Proust, panopticism, William Gibson, José Ortega, Logan’s Run, and Do Androids Dream of Electronic Sheep to name a few and that’s just in the first season! But if all that theory is not your thing not to worry. This series is action packed so you won’t spend all your time pondering which allusion went where.

As I mentioned before there are several good twists. And fair warning there is some dark stuff herein. But don’t let that dissuade you! Those scenes are expertly used to drive the plot and further destabilize the social structure. The show does an excellent job of navigating the fine line of exploring the dark sides of human nature without causing me to feel bogged down in darkness (unlike some other shows I know. Yeah, Attack on Titan…I’m talking to you).

So if you want to watch a show that’s a riveting combination of a thriller and a thought experiment plus its filled with some of the most compelling antagonists you’re likely to come across (step aside Moriarty) check out Psycho-Pass! (I strongly recommend watching the subbed version for both seasons. They are available on Season 1 Netflix and Funimation, Season 2 Hulu.)

Apropos of nothing, tell me I’m not the only one who thinks that Chief Kasei looks like Miranda from Devil Wears Prada. 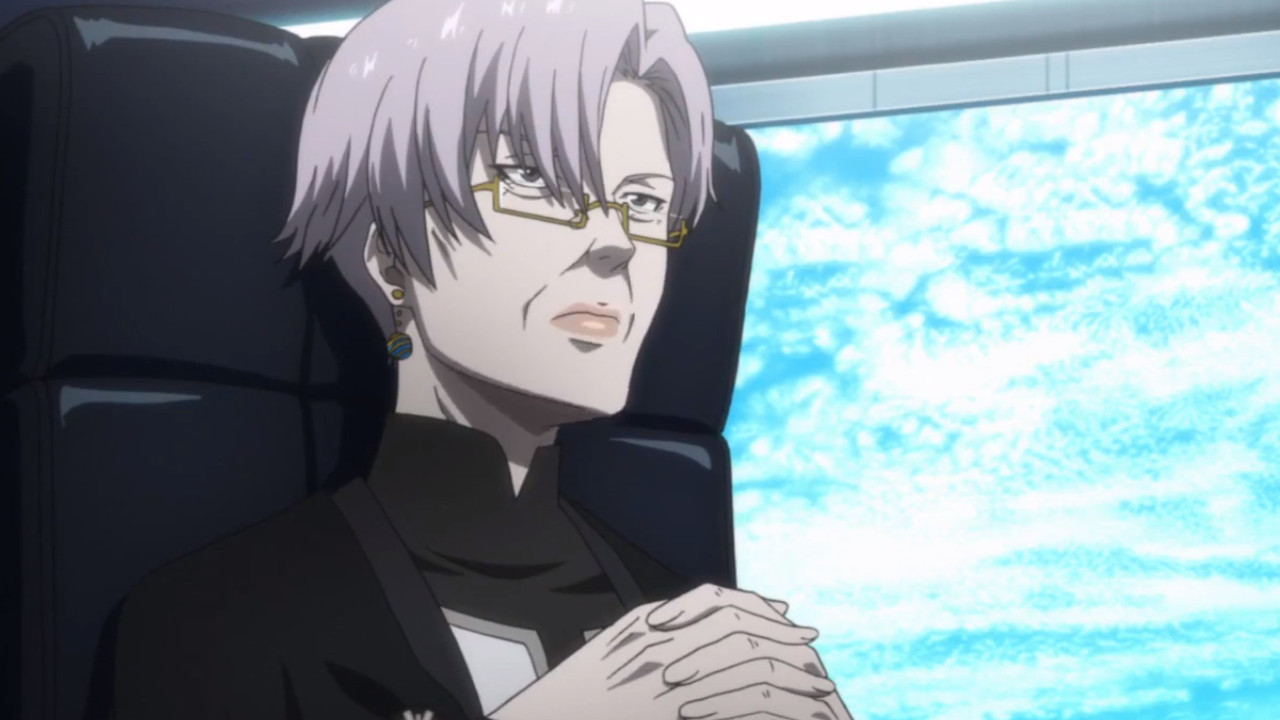 Additionally Psycho-Pass the movie just came out in theaters in Japan. So keep your eyes peeled for the film once it is distributed in the US. (Don’t watch the linked trailer to the movie if you intend to watch the series because there are some major spoilers…you have been warned!)